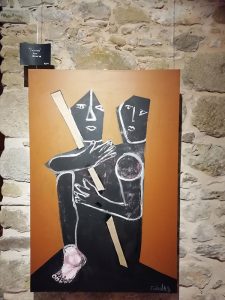 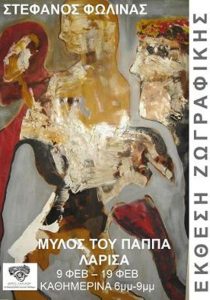 “We should simplify our lives and go back to the basics”.

The term characterizes the tendency of studying, imitating, discovering or re-evaluating the art of primitives.The concept of primitivism is linked to the search for a simpler way of life away from the worsening of the western countries and social constraints 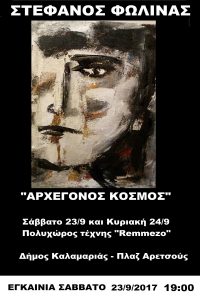 The artworks have textures and corrosion. The shapes are cracked and reborn on the canvas. The works have childhood innocence shielded in adult imagination with expressionist mood.

The artworks borrow forms from prehistoric peoples. The work is composed of strong elements of western primitivism, while the sensitivity and intensity of color, line and texture is characteristic. 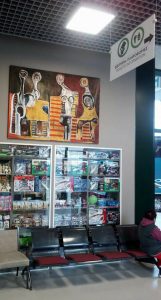 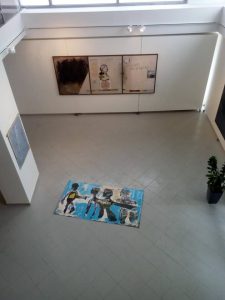 «The paintings by Stefanos Folina, with the intense color palette and the almost flat representations emerge from the primordial memory, ancestral stories. As frescoes early in caves, the artist skillfully creates imaginary worlds of primitive civilization that narrate in a simple but essential way that the primitive man imprinted with rough characteristics and natural materials to testify before even writing is such an instrument.
However, what raises reasonable questions and concerns is not the very choice of the subject of representation, but the fact that in the information age and the incredible range of technological means and their immediate availability, the artist chooses to look at the very distant past humanity and early culture, to make a big flash back to deepen into what perhaps modern man and especially contemporary artist often tends to forget about possibly chasing a future uncertain or just rationalizing the artistic nature itself. So he chooses to attribute the essence of human creative existence, free from ornate pictorial motifs, and stylistic tricks. It revives what was first-but not the primary material, but the primary emotion. The creative breath of a world of wild, almost unpopular. It extracts the need for expression as a survival instinct.

Because, behind the flat-faced icons on Fallina’s canvas, this statement is precisely the manifestation: the art in every appearance of it from the early years of mankind was and is initially an instinct, an inbred inner guide to the survival of the soul, its liberation, her. It is the need to deposit pure emotion before it passes through the neurons in the brain and rationalizes. And if he does more than anything else, Fallina with his painting is through the stories of the primitive people that portrays to attribute that pure sentiment. Take us to the caves of our ancestors and feel the artistic creation as a great need in a world without writing, very likely without language.
A series of ancestral stories so simple in their visual message, but so compelling on their essence and emotional content. A series of ancestral stories synonymous with the poetic mood of the human soul and its universality.» 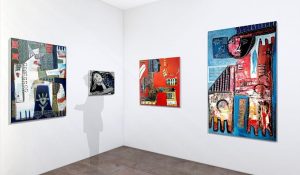 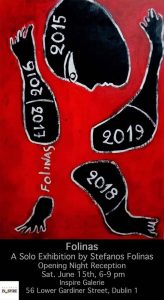 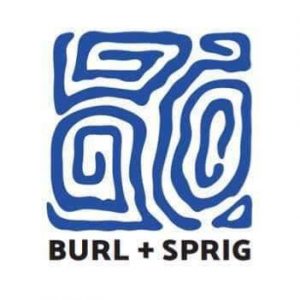 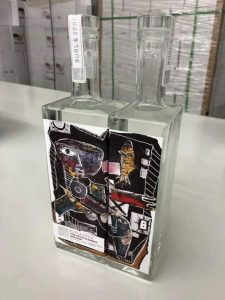 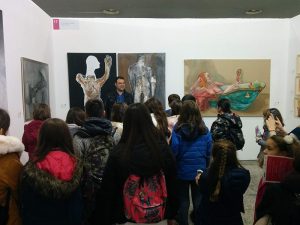 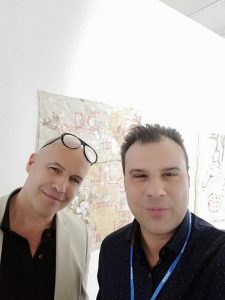 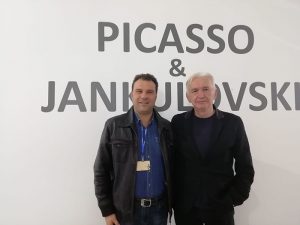 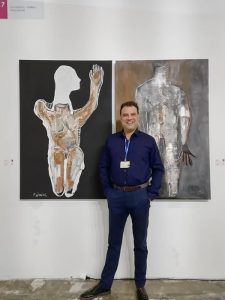 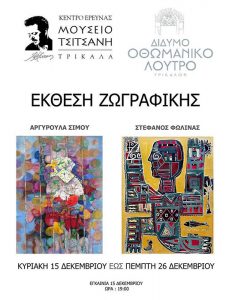 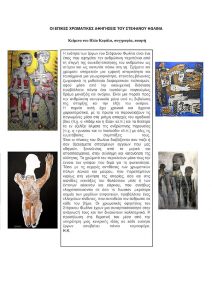 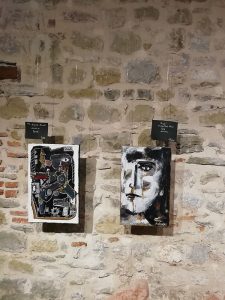 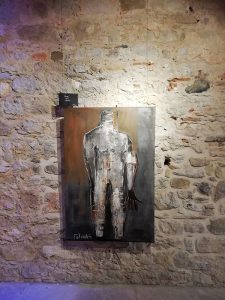